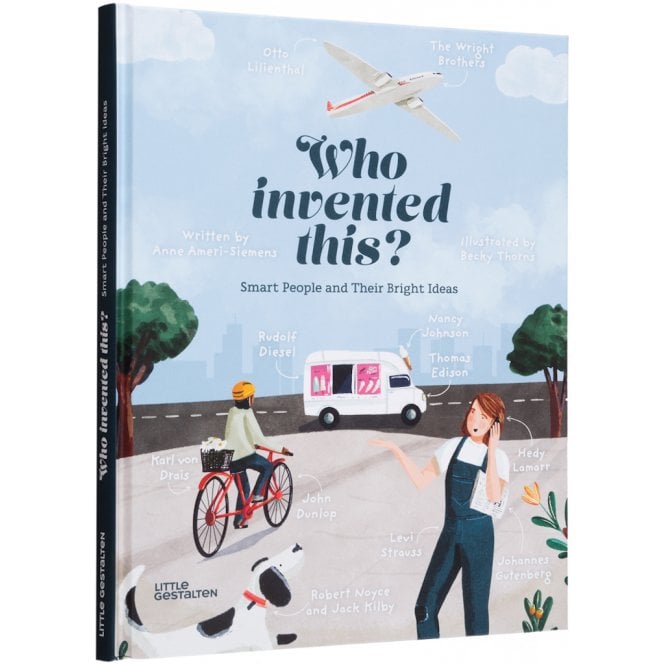 WHO INVENTED THIS? BOOK

Who Invented This? is a fascinating trip back through history that shows how now famous scientists and inventors like Marie Curie, Nikola Tesla or Ada Lovelace, as well as lesser known, but no less creative minds such as Adi Dassler, the inventor of football boots, George Beauchamp, who developed the first electrically amplifiable guitar, or Louis Braille, who as a 16-year old came up with the idea of using dots to create a form of writing that blind people could read with their fingers, have turned their ideas into great inventions. How they seized opportunities, had faith in their ideas, and the courage to try something new. A

t a time when the lack of trust in science appears to be growing and controversies about facts are on the rise, Who Invented This? aims to inspire creativity and spark the interest in science and engineering by connecting groundbreaking minds from the past with modern technology, culture, and medicine.