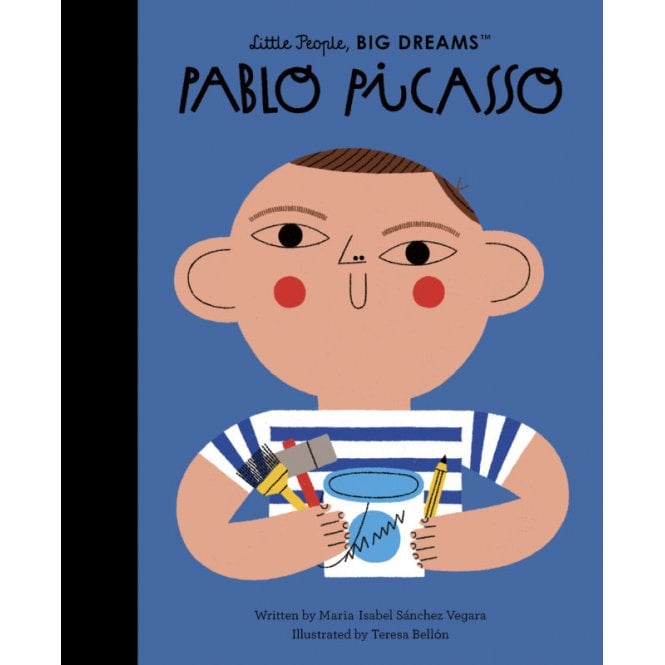 Meet Pablo Picasso, one of the world’s greatest artists in the 20th century.

Little Pablo grew up in an artistic household and after drawing his first painting at nine years old. His dad was an art teacher and helped grow his son’s talent, teaching him to use oil paints.

He moved first to Barcelona and then to France, where he achieved significant success, and went on to becoming one of the most influential artists of the 20th century.

His artistic style inspired many movements in art, music and literature, which we still see today.

This powerful book features stylish and quirky illustrations and extra facts at the back, including a biographical timeline with historical photos and a detailed profile of the Pablo Picasso’s life.