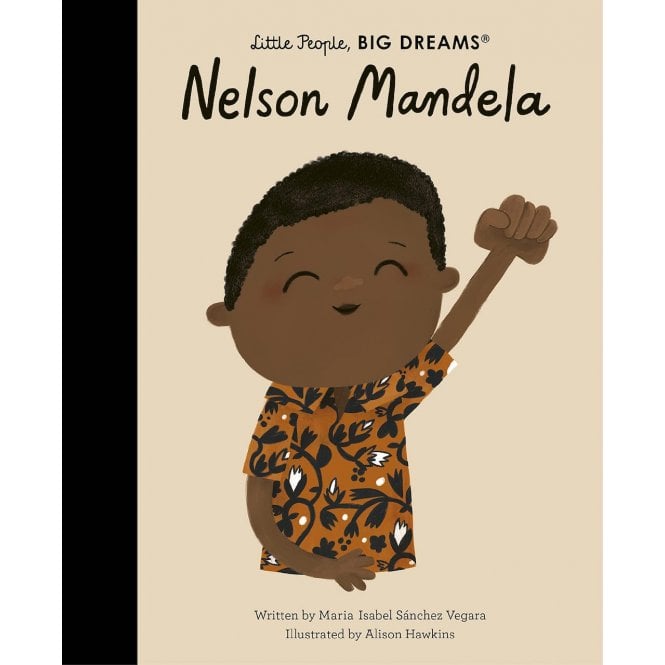 In this book discover the incredible life of Nelson Mandela, South Africa's first Black president, and his fight for equality.

Little Nelson's given name was Rolihlahla, which means 'troublemaker' in Xhosa, his native language.  But his rebellious nature would lead him to become one of the world's most inspirational civil rights leaders and anti-apartheid revolutionaries.

Despite the many years of imprisonment and adversity he faced, Nelson remained firm in his mission to end the racist system of apartheid in South Africa.

His bravery and resilience was rewarded when he was released from prison and later voted in to become South Africa's first Black president. This inspiring book features stylish and quirky illustrations and extra facts at the back, including a biographical timeline with historical photos and a detailed profile of the activist turned president’s life.

Little People, BIG DREAMS is a bestselling series of books and educational games that explore the lives of outstanding people, from designers and artists to scientists and activists. All of them achieved incredible things, yet each began life as a child with a dream.